Skip to content
Loading...
Power Tools – Slack – Practical insight into how can it be used for teams, productivity and communication

Power Tools – Slack – Practical insight into how can it be used for teams, productivity and communication

This video podcast takes you into Slack and how it’s a great way to create alignment and a shared understanding across your team.

Slack allows businesses to build the platform that connects teams with the apps, services, and resources they need to get work done. Launched in 2014, Slack is the fastest growing business application in history. Millions of people around the world use Slack to bring their teams together, make sense of their work, and drive their business forward.

Slack connects your conversations with the tools and services that you use to get the job done. With over 1,000 apps and a robust API, the Slack platform team works with partners and developers globally to build apps and integrations that streamline your work, automates mundane tasks and brings context into your conversations in Slack. 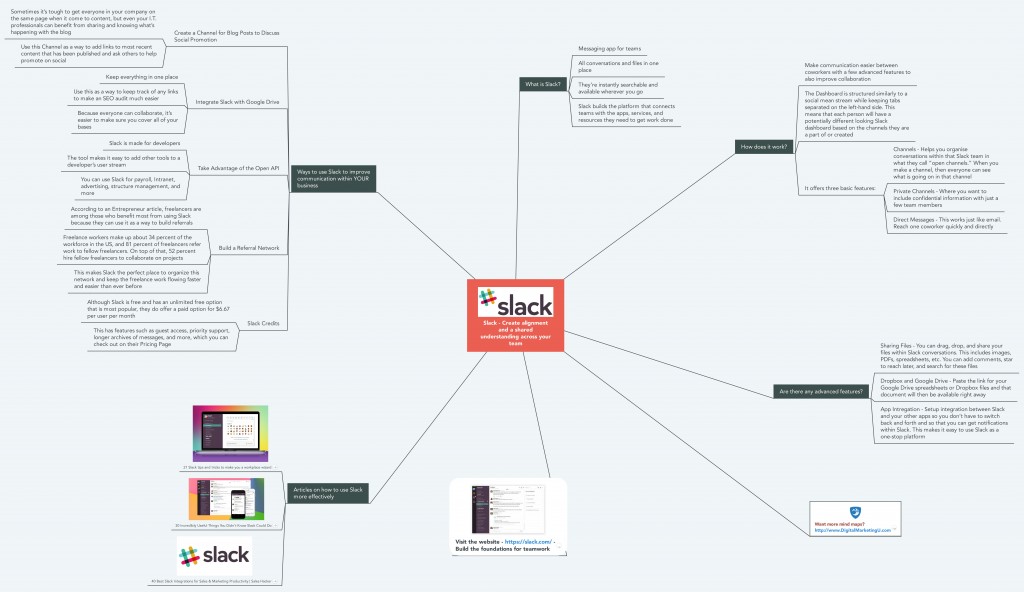 How is Slack being used by David and his team?

Slack is a messaging application and it’s a private messaging, one for teams, and I’m a member of a whole series of different Slack workgroups.

I’ve also created some slack workgroups for a work I do. My team are on Slack and we use it as a way of replicating the conversation in the room. we don’t all work in the same room. We’re often not even in the same building at the same time. So we need something where we can just bounce stuff off each other.

One of the things it’s done is it stopped to sending emails to each other, emails that are a sentence long. I actually went to, I want to ask one person something and they can just reply if they’re online at that time, they’ll reply instantly. Cause it’s a conversation, but it’s also asynchronous as well so they can see if they were offered a meeting all day and they’ve come home and they’re just checking through that stuff.

They can see something that was asked earlier in the day and then they can respond to it. So it’s an ongoing conversation. In Slack you have these things called channels and the channels can be specific subjects. We have them around specific projects or specific roles.

Conversation in different channels is about very specific things. You can have private channels, you can have very public channels in your topology to your team and you can have direct messaging.

One of the things it’s done for me is it’s meant that we don’t have to meet very often want. So when we do meet, it’s very serious face to face discussion, but it means I can get, and I can gauge opinion quickly about something

Slack has lots of applications that you can integrate with it.

I can share lots of stuff from various cloud services.
You can do polls which is a good one – How many people think we should do this? And you can get a quick straw poll of something.

It even has a sort of fairly basic video conferencing facility in there, which is great. Cause if I’m suddenly just want to quit chatting with someone and hear and see them so that we can have an engaged and rich conversation, couldn’t do that through, through Slack.

There’s an app for every platform. So you can have on your mobile, your, my pad, your MacBook, it means that you can deal with things quite quickly and as, and when you need to, you can turn off notifications when you’re busy, you can sign out of it.

Effective use for teams

It’s, it’s very easy to stop it being an interruption, but it’s a really useful way of team retaining its coherence as a team, if they are not constantly physically within each team with the company.

So for a, for a team that’s spread out, it’s really quite good. You know, people are often doing different tasks. It means you can still have that conversation, but this conversation can be spread over a couple of hours.

I don’t worry too much about say that conversation disappearing. So we aren’t necessarily worried about things that we said last week in the same way, that things that were said in a room.

It doesn’t matter that they’re not recorded. If I need to do something formal, I’ll send an email. But what it means is is that when an email comes, it’s important a bit like a meeting, it’s important.

Otherwise, it is, it is like a piece of lifeblood.

Examples of how others are using Slack

I would encourage anyone to, to have a go with it, particularly if you’ve got your working with a team that’s spread out geographically or spread out in time.

I know that a number of organisations where they’ve got teams around the world, working on projects, often use a Slack channel to manage a project.

It’s a bit like the team can be alive over a 24 hour period and people can have conversations.

You can pass work up and down the time zones because they’re able to do this through conversations they have on Slack.

I’ve seen examples of Slack being used in customer service.

Slack is free, but there are certain limitations on it.

Where it becomes really valuable is when people start paying for it.

Some of the integrations that are in there take on a, a real purpose. I’ve seen customer service tickets managed through Slack.

If you have several people dealing with a particular customer, the conversation support that service can take throat, take place through Slack.

So people can have a conversation in the team about customer case. So it seeds it’s been used for managing customer relationships quite effectively.