The Green Light Run offered runners an opportunity to complete a 42.195km route through Tokyo, the world’s most populous city, WITHOUT STOPPING.

Tokyo has a staggering 15,772 traffic signals making it nearly impossible to complete an uninterrupted urban run..

WATCH to see how adidas made this idea become reality.

Background to the campaign

They call it the green light run. And that’s because when you’re in an urban environment, for instance, running a marathon, you’re actually at the mercy of the traffic street lights, the pedestrian traffic lights, pedestrian signals, which keep interrupting you and stopping your flow. It’s really annoying as a runner to have to contend with this. Let’s look at the whole background.

So Adidas is a German multinational corporation, which designs and manufactures shoes, clothing, and accessories – the largest sportswear manufacturer in Europe, the second-largest in the world. I’m guessing it’s Nike at the number one position. Founded in 1924, Headquarters is in Germany and this story comes from March, 2017, where Adidas decided to open a new store in Harajuku, Japan, which was certainly dedicated to running. They wanted to get the maximum exposure for this new store opening and they wanted to make Tokyo residents aware of the new story of running.

Campaign Goals – what did the want to do?

The brand’s first store is focusing specifically on city running and to drive store traffic and sales. In other words, basically to generate business for the new outlet, the new store, and to create an event that was iconic and unique and they really did do that.

They wanted to outshine the other brands in this competitive Japanese and the solution was as follows. They invented this thing for the Adidas, Greenlight run Tokyo. It was a marathon and it was a city marathon, but not like you might have seen before. It wasn’t the official Tokyo Marathon and they didn’t have any authority to switch the traffic lights off or to control them all and make them green. Rather they let all the traffic lights and do their normal thing. But the runners run between them were using very, very clever technology.

The Greenlight runoff is a run as an opportunity to complete a 42-kilometre route through Tokyo, which is, of course, the world’s most popular city. But Tokyo has 15,772 traffic lights compared to New York. City’s 12,000 than London, 6,000. So it’s actually nearly impossible for a runner to complete it continuously, dropped it urban run the signals, throw runners off the pace and they hinder any record-breaking performances.

But this is a clever bit where Adidas used traffic data provided by the Tokyo police department and taking traffic light patterns, distance, timing, and safety, all into account and Adidas, Japan with support from their agency.

They created a one of a kind uninterrupted urban race through the busy streets of Tokyo using mapping data provided. A full-distance marathon course was designed in the centre of Tokyo. A voice guidance system led the city runners with rooting and pacing, navigating them on a nonstop Greenlight run.

The experience and rules

This initiative resolved the issue though in running and made city running dreams come true. A full-length marathon was indeed held from midnight to dusk with the nightstand area of Tokyo on show, including landmarks, such as the asset cruiser, the Imperial palace on the Tokyo tower.

30 lucky runners were selected from 180 applicants worldwide. I’m sure the people that were involved were very, very privileged to have had a chance to do this. The runners were tracked and alerted when they were in danger of missing the next green light. They had a rule which was get stopped, get dropped rule, bit harsh, which required runners to keep up. But the blistering pace and those who were stopped by a red light were eliminated, sadly. 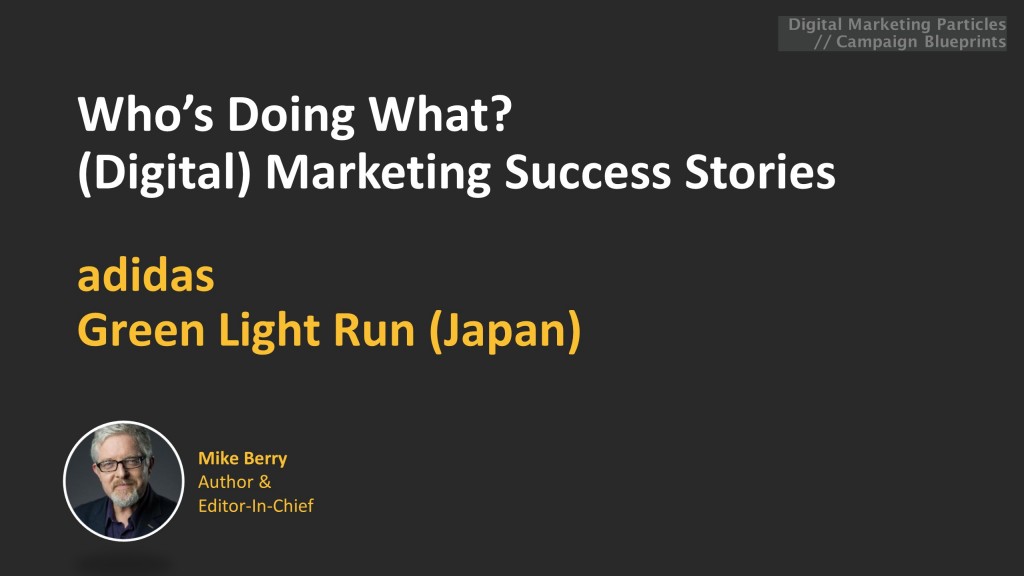 There is an infinite number of traffic signals in the major cities of the world, London, New York, Tokyo. They stopped cars from crashing into each other, but they also stopped urban runners from expressing themselves. They stopped the free-flowing pulse racing soul releasing liberation of the unfettered true city run.

So Adidas created a completely new kind of urban run. Three light run changes your perception of the city running from chaos to the role of gaming. Working with Tokyo police department data. They calculated the cycle of every light that the city then engineered an algorithm that ensured and Adidas, Greenlight rotary deep, never stopped because of traffic signals stood in their way, became a full Lake street marathon through Tokyo. They grabbed the attention across the world because a runner should know no barrier other than their own athletic passions. And that’s it.

Fascinating, so a massive number that’s over 53 million reached on Facebook alone, including 151% increase in Adidas likes on Facebook.

The signal analysis system is a revolutionary technology that allowed the bustling streets of central Tokyo to be marathon ready at any time effectively and it’s forever changed the perception of many runners towards city running. And of course, this is something that could happen elsewhere.

It wasn’t particularly unique to Tokyo. It was a world-first marathon utilising the traffic signal cycle data analysis, and the Greenlight run in Tokyo. It’s effectively created a whole new category in the sport of city running.

So what can we learn from it?

Well, they identified a problem and which could also be called a source of annoyance for all urban runners, traffic lines signals. They turned the whole idea into the campaign, driven by some very clever technology. They engaged current of potential customers by making the campaign different, giving everybody something to talk about attracting massive PR coverage and of course driving word of mouth (WOM).

I think I’d like to see a little more detail in terms of results as to how it affected sales and how successful the opening of the store was. But I think there’s no doubt that it’s really generated a whole lot of interest and word of mouth.

So that’s the Tokyo Greenlight run from Adidas, hope you found it interesting.

Mike is author/co-author of 4 books about integrated/digital marketing and has taught undergraduates and postgraduates at some of the world’s best business schools. He has worked as a consultant with some of the world’s biggest brands and many SMEs and start-ups. With a passion to educate Marketers, he draws on his knowledge and vast experience to help professionals deepen and broaden their skills. 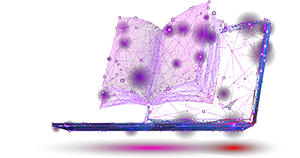